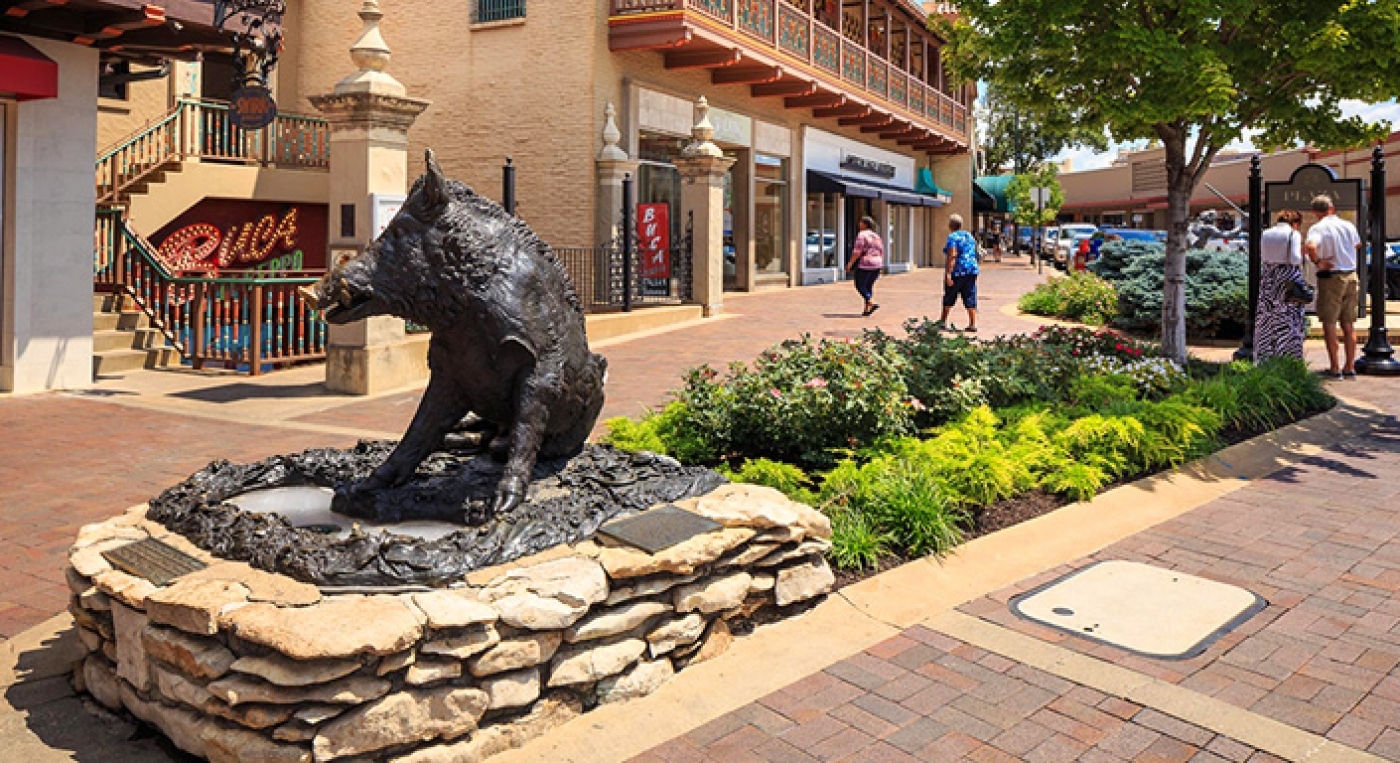 The sale of the Plaza portfolio, which is subject to customary closing conditions, is scheduled to close on February 1, 2016. Closing can be extended at the option of Highwoods for up to an additional 30 days. The buyer’s contractual due diligence period ended on December 31, 2015 and the buyer has posted earnest money deposits totaling $25 million that are non-refundable except in limited circumstances.

Fritsch stated, "Selling our retail-centric assets in Kansas City is an important step in the detailed plan we announced on September 30th to further enhance our Best Business District (“BBD”) office focus. We are effectively funding our acquisitions of Monarch Tower and Monarch Plaza in Buckhead and SunTrust Financial Centre in CBD Tampa by selling the Plaza at a blended 4.7% cap rate, which is meaningfully lower than the projected 7+% stabilized returns on our newly-acquired assets.

With this sale, we will return our leverage ratio to the low end of our comfort zone, simplify our business model and garner G&A savings. Plus, with $220 million of additional proceeds held in escrow, we will have ample dry powder to reinvest in additional office assets consistent with our BBD strategy and/or use for other general corporate purposes.”

Highwoods intends to use the expected sale proceeds as follows (in thousands):

Repay debt incurred to acquire Monarch Tower, Monarch Plaza and SunTrust Financial Centre in reverse 1031 exchanges qualifying for tax-deferred treatment $415,000
Repay other debt and for general working capital purposes 15,000
Hold in escrow pending reinvestment in 1031 exchanges qualifying for tax-deferred treatment or for other general working capital purposes 220,000
Pay transaction expenses, closing credits to the buyer for future tenant improvements and severance costs projected to be accrued mostly in the fourth quarter of 2015 due to Highwoods’ intent to close its Kansas City division office upon the sale 10,000
Sale proceeds $660,000

Following completion of the sale of the Plaza portfolio, Highwoods’ remaining wholly-owned assets in Kansas City will consist of two wholly-owned office buildings totaling 149,000 square feet, which are currently 100% occupied and generated GAAP net operating income of $1.8 million in 2015. Highwoods will also continue to own a 50.0% interest in Plaza Colonnade, LLC (owner of a 292,000 square foot office building), a 12.5% interest in 4600 Madison Associates, LP (owner of a 262,000 square foot office building) and a 26.5% interest in Kessinger/Hunter, LLC (a brokerage services firm). Collectively, Highwoods’ share of the GAAP net operating income from these joint ventures aggregated $3.3 million in 2015.

Closure of the Highwoods Kansas City division office upon the sale will reduce annual G&A expense by $800,000, excluding severance costs projected to be accrued mostly in the fourth quarter of 2015.

About Taubman and Macerich
Taubman Centers (NYSE:TCO) is an S&P MidCap 400 real estate investment trust (“REIT”) engaged in the ownership, management and/or leasing of 23 regional, super-regional and outlet shopping centers in the U.S. and Asia. Taubman’s U.S.-owned properties are the most productive in the publicly held U.S. regional mall industry. Taubman is currently developing four properties in the U.S. and Asia totaling 4.1 million square feet. Founded in 1950, Taubman is headquartered in Bloomfield Hills, Mich. Taubman Asia, founded in 2005, is headquartered in Hong Kong.

Macerich (NYSE:MAC), an S&P 500 company, is a fully integrated self-managed and self-administered REIT, which focuses on the acquisition, leasing, management, development and redevelopment of regional malls throughout the United States. Macerich currently owns 55 million square feet of real estate consisting primarily of interests in 50 regional shopping centers. Macerich specializes in successful retail properties in many of the country's most attractive, densely populated markets with significant presence in the Pacific Rim, Arizona, Chicago and the Metro New York to Washington, DC corridor.

About Highwoods
Highwoods Properties, Inc. (NYSE:HIW), headquartered in Raleigh, is a publicly-traded REIT and a member of the S&P MidCap 400 Index. Highwoods is a fully-integrated office REIT that owns, develops, acquires, leases and manages properties primarily in the best business districts (BBDs) of Atlanta, Greensboro, Kansas City, Memphis, Nashville, Orlando, Pittsburgh, Raleigh, Richmond and Tampa. For more information about Highwoods, please visit our website at www.highwoods.com.

Certain matters discussed in this press release are forward-looking statements within the meaning of the federal securities laws, such as the following: the planned sale of substantially all of Highwoods’ wholly-owned Country Club Plaza assets and expected pricing and impact with respect to such sale, including the tax impact of such sale; anticipated total investment, projected leasing activity, estimated replacement cost and expected net operating income of acquired properties and properties to be developed; and expected future leverage of Highwoods. These statements are distinguished by use of Highwoods the words "will", "expect", "intend" and words of similar meaning. Although Highwoods believes the expectations reflected in such forward-looking statements are based upon reasonable assumptions, it can give no assurance that its expectations will be achieved.

Factors that could cause actual results to differ materially from Highwoods' current expectations include, among others, the following: closing of the planned disposition of the Plaza portfolio may not occur on the terms described in this press release or at all; development activity by our competitors in our existing markets could result in excessive supply of properties relative to customer demand; development, acquisition, reinvestment, disposition or joint venture projects may not be completed as quickly or on as favorable terms as anticipated; we may not be able to lease or re-lease second generation space quickly or on as favorable terms as old leases; our markets may suffer declines in economic growth; we may not be able to lease our newly constructed buildings as quickly or on as favorable terms as originally anticipated; unanticipated increases in interest rates could increase our debt service costs; unanticipated increases in operating expenses could negatively impact our NOI; we may not be able to meet our liquidity requirements or obtain capital on favorable terms to fund our working capital needs and growth initiatives or to repay or refinance outstanding debt upon maturity; Highwoods could lose key executive officers; and others detailed in the Highwoods 2014 Annual Report on Form 10-K and subsequent SEC reports.