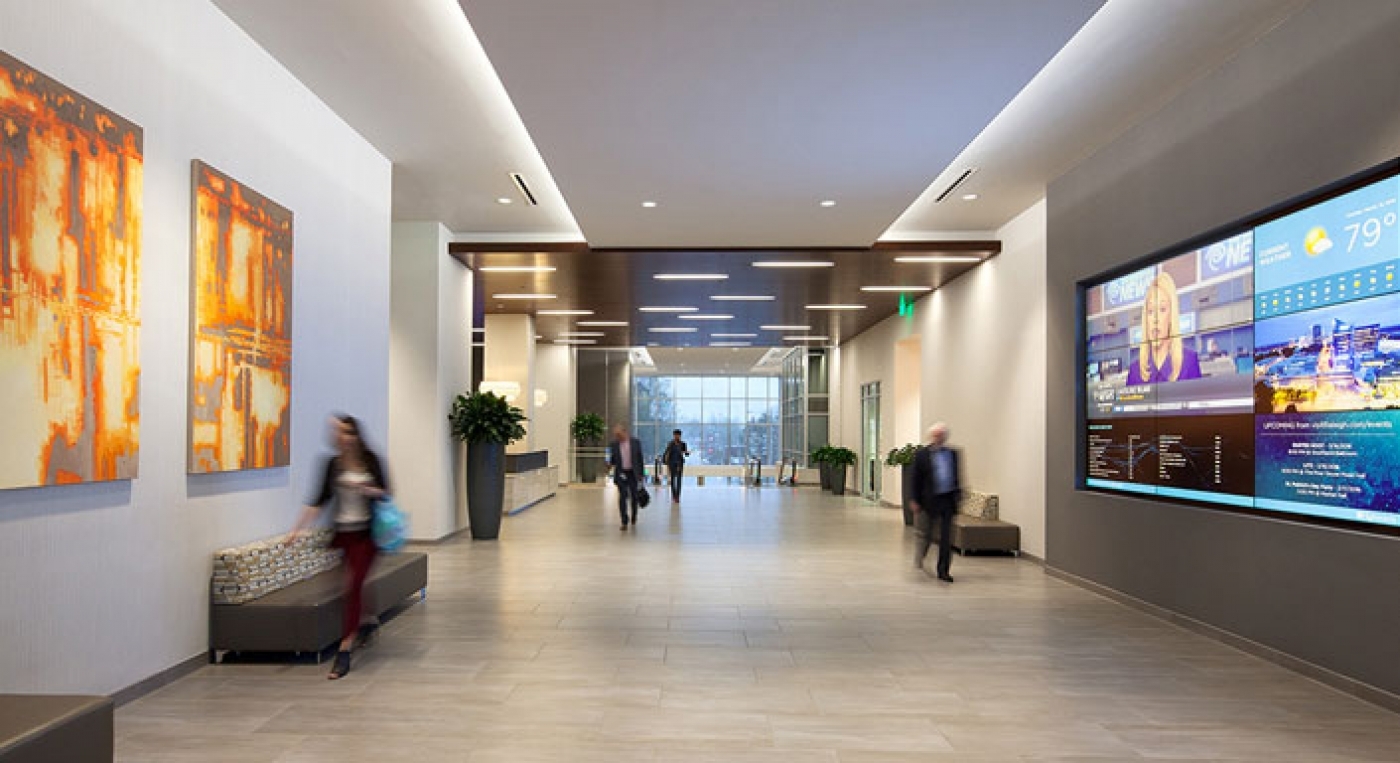 Raleigh, August 8, 2016 – Highwoods Properties, Inc. has renamed one of its high-rise office towers in Downtown Raleigh. The property at 421 Fayetteville Street is now called One City Plaza. Highwoods acquired it as One Bank of America Plaza in September 2014 and has invested a significant amount of money in planned aesthetic and mechanical improvements, known as “Highwoodtizing,” a company practice aimed at enhancing the customer experience and the building’s performance. The renovations included items such as removing the dated, exterior colonnade and acrylic canopy, replacing dark, tinted windows with brighter, more efficient glass along the street-level facade, adding an 11-story curtain wall bordered with color-changing LED light accents, expanding and opening up the lobby with a resulting increase in enclosed space of 87 percent and removing the single direction escalator on Wilmington Street and replacing it with two, state-of-the -art, indoor escalators for easy street/building access.

“One City Plaza is a simple and clear way to describe the building’s central location in downtown Raleigh and it reflects the building’s diverse customer base,” said Highwoods Raleigh Division Vice President Skip Hill.

One City Plaza is in Raleigh’s central business district, adjacent to City Plaza, an outdoor public square that’s used as a place for concerts, events and local festivities. It features retail pavilions, complimentary Wi-Fi and decorative towers that are programmed to light up for various celebrations. The area is one of Raleigh’s liveliest entertainment venues, one of the most vibrant places for businesses and one of the most sought-after places to work. ###